Often, when I come across a flowchart-worthy book or film, I chart it so others can see and appreciate the connections. When I decided to chart the film 'Cloud Atlas' it was so I could try and understand it!!

This film is a complicated, beautiful, confusing piece of art. The interconnectedness flows not just through the characters and narrative, but through to the actual actors playing multiple roles- often of differing gender or race. Such an interesting film. I still can't say I understood it completely, or that this is a definitive explanation of ANYTHING, but I definitely enjoyed creating this. 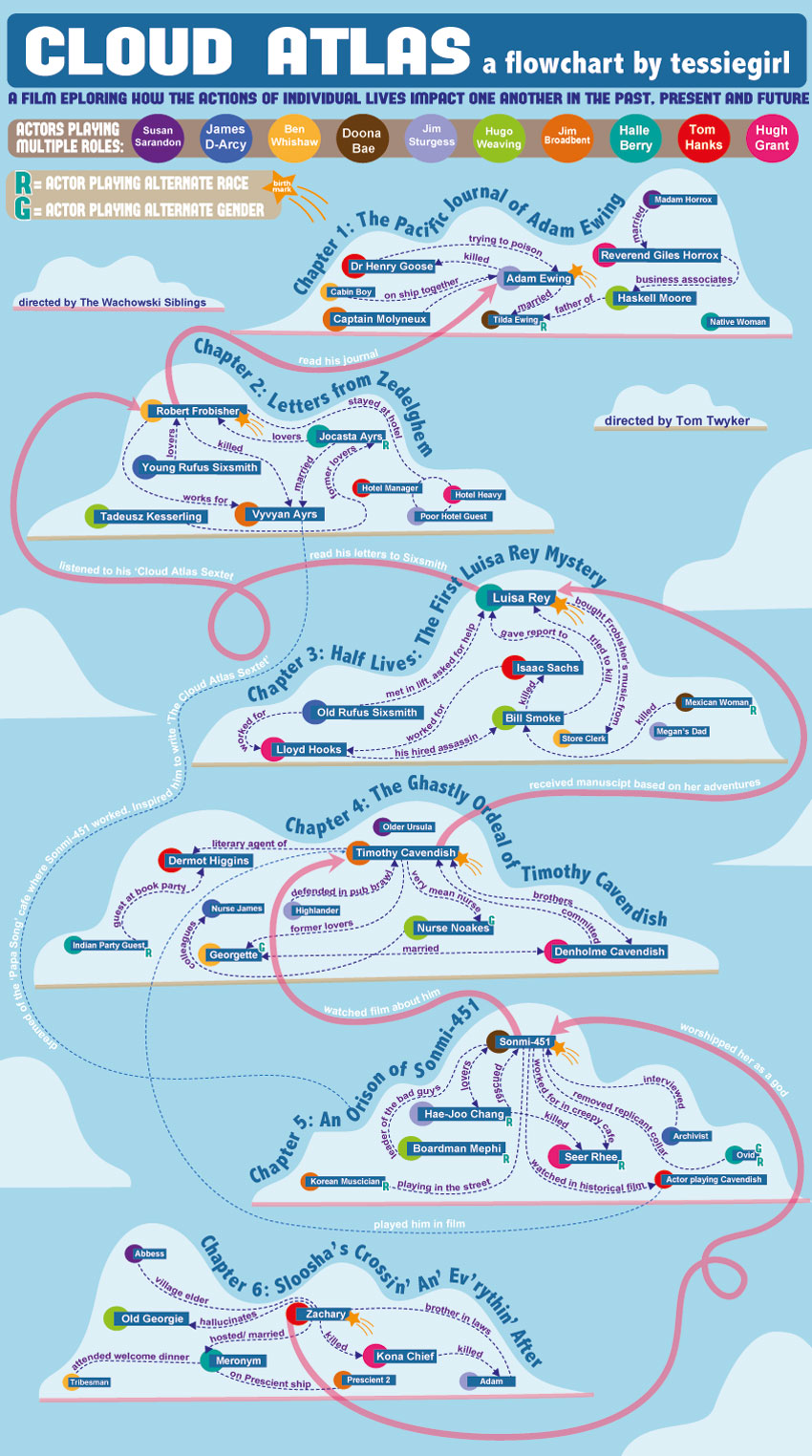 Have you seen Cloud Atlas? What did you think?

*And, I know this was an acclaimed, much loved book first, which I have on my Kindle app, but haven't read yet... This is a flowchart of the film :-)

Posted by Gillian for Tessie Girl at 06:00